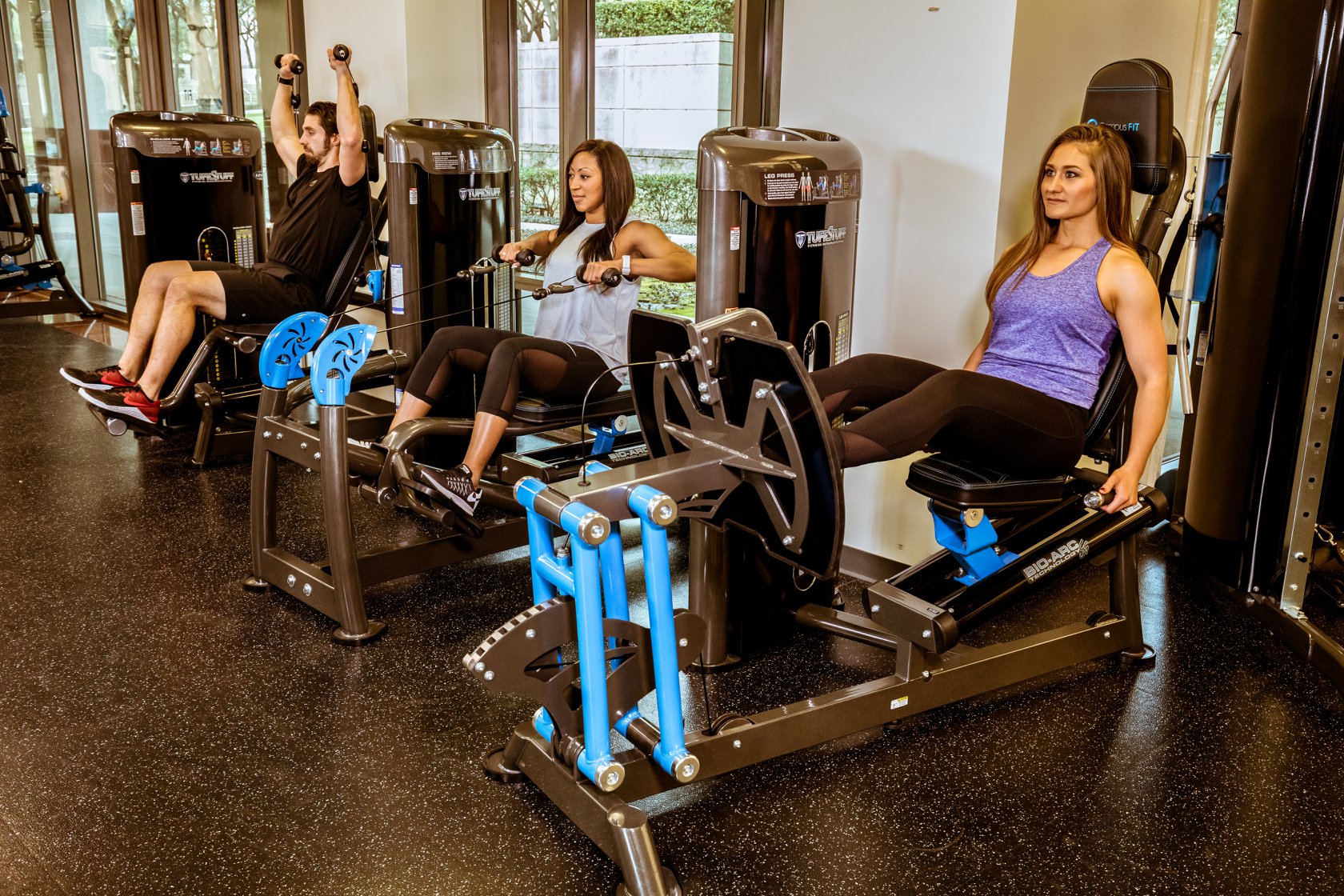 Federal Circuit Victory Paves Way for Selectorized Bio-Arc to Be Sold in U.S.CHINO, CA, January 20, 2021— TuffStuff Fitness International, Inc. secured another victory before the U.S. Court of Appeals for the Federal Circuit in its long-running patent dispute with 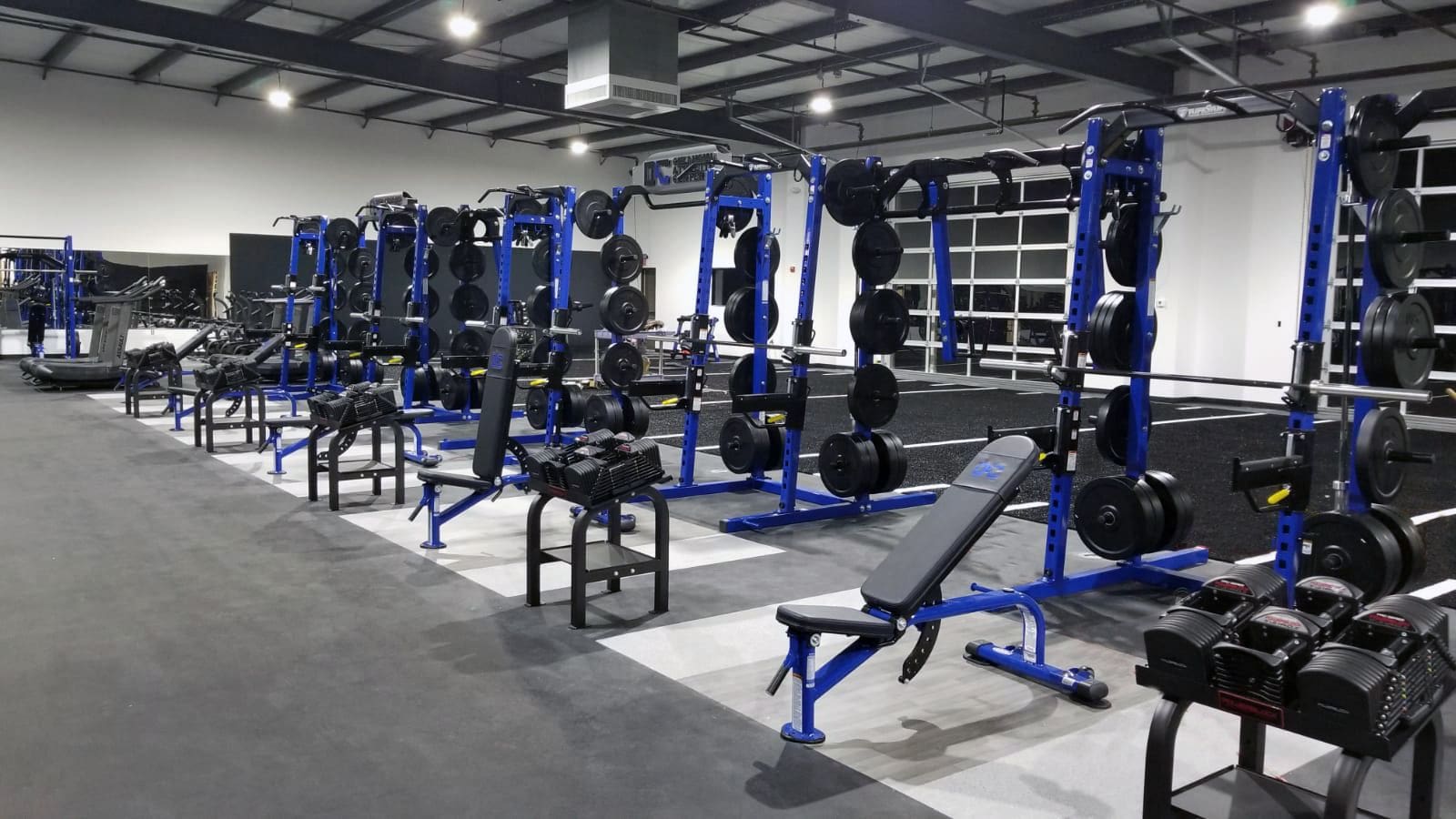 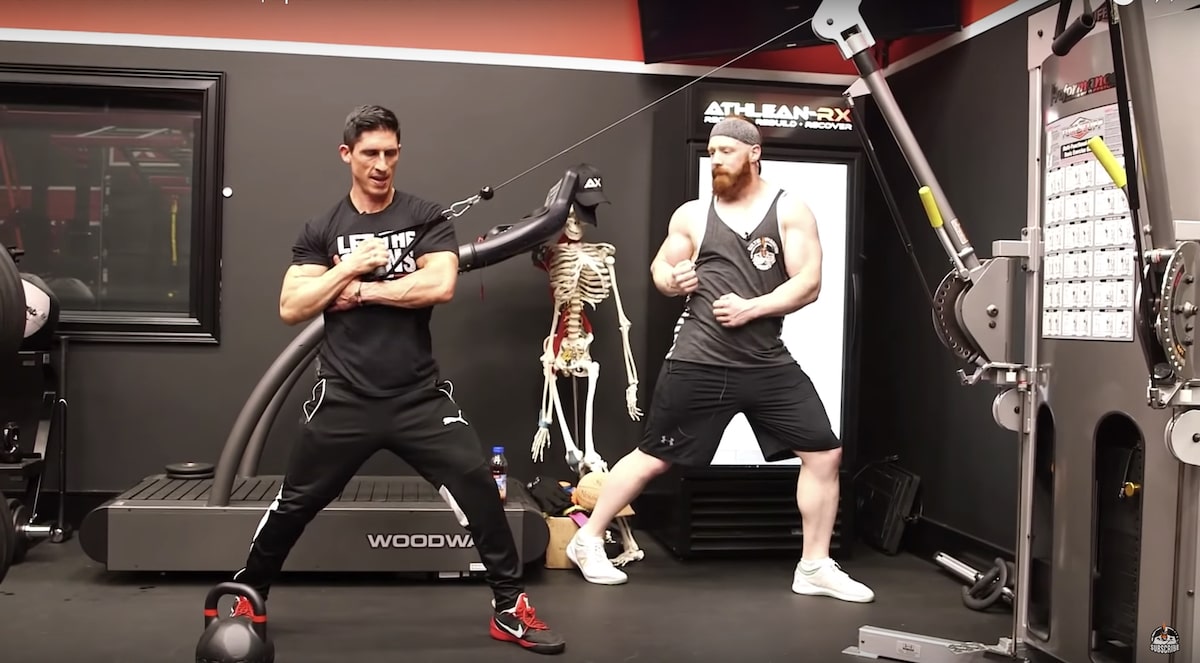 Five of the Best Functional Trainers for Cable Machine Workouts

If you are looking for a full-body workout, a functional trainer is worth serious consideration.  Often referred to as cable crossover gyms, or cable pulley machines, functional trainers enable an infinite variety of exercises for all fitness levels.  Few machines 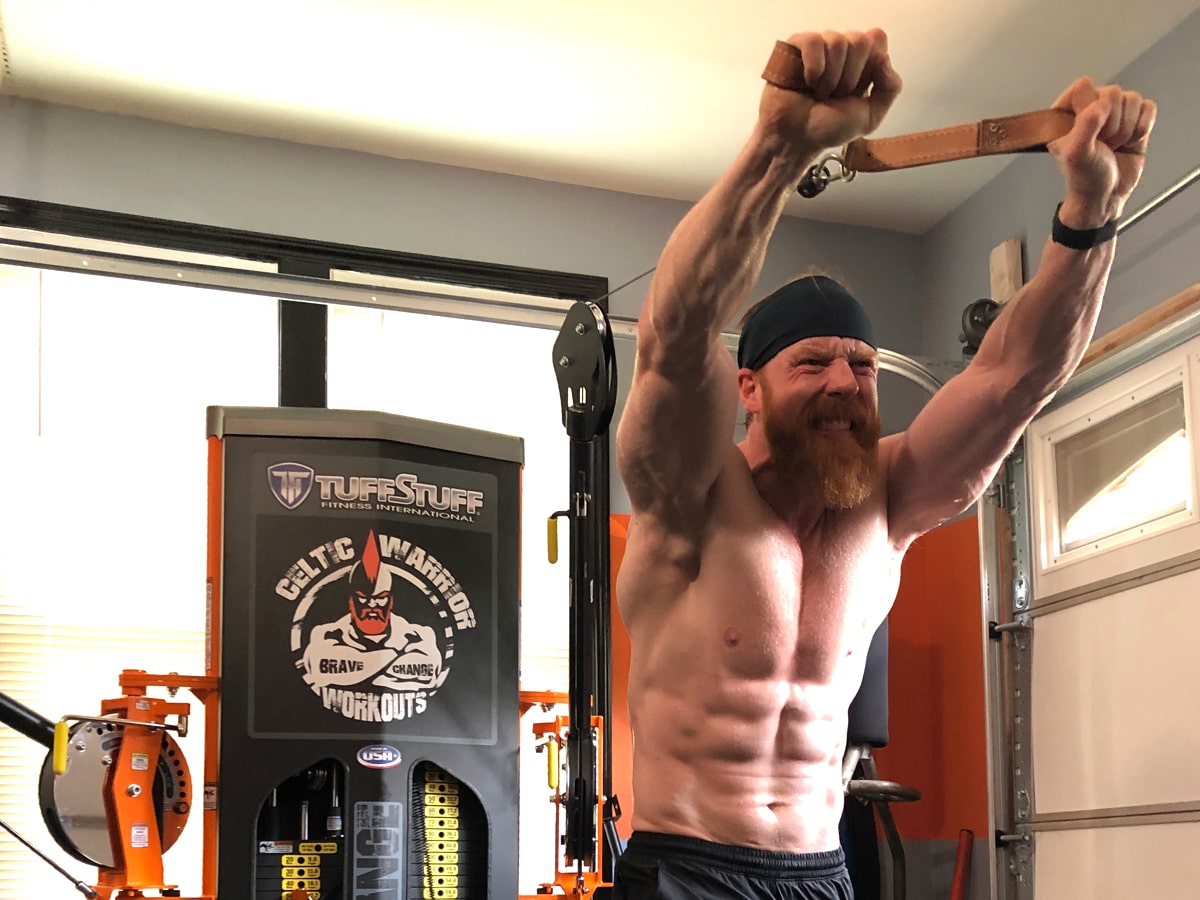 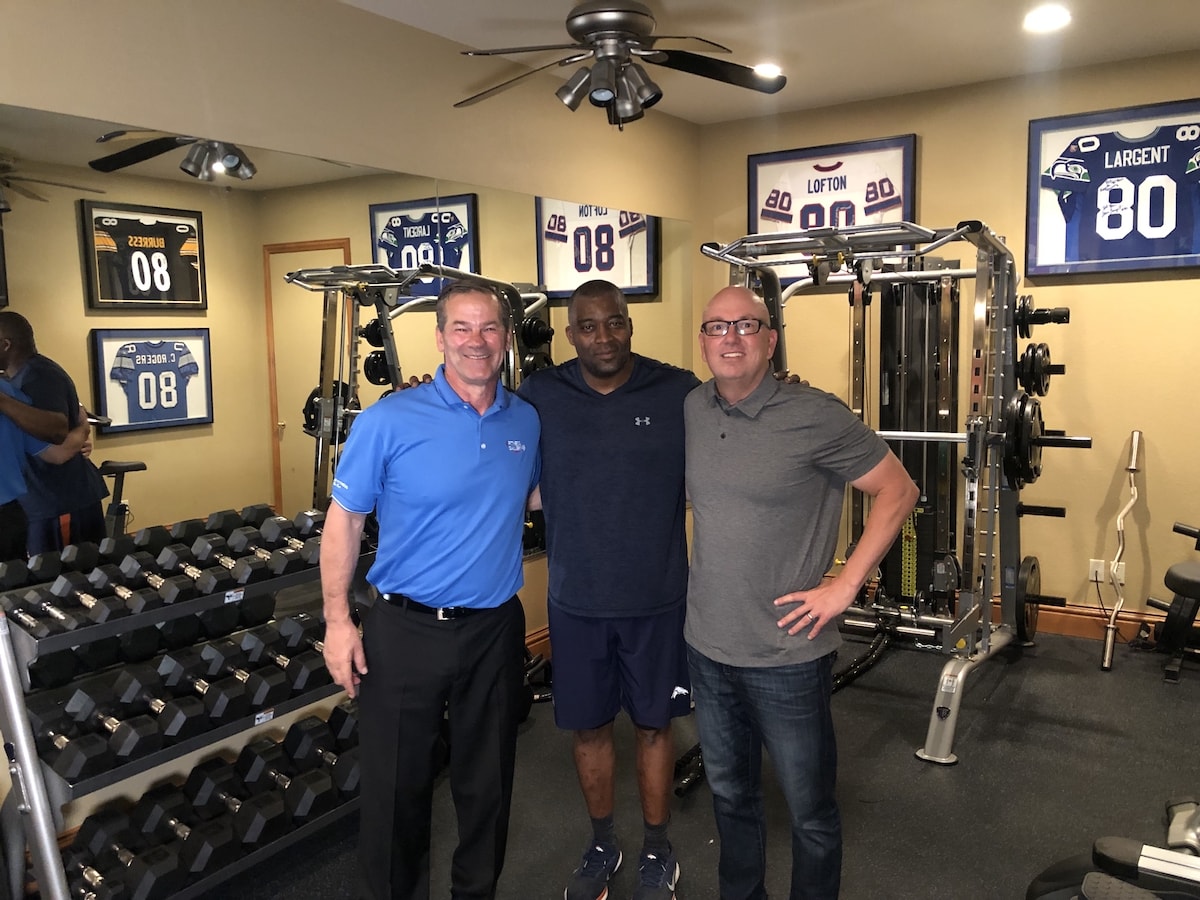 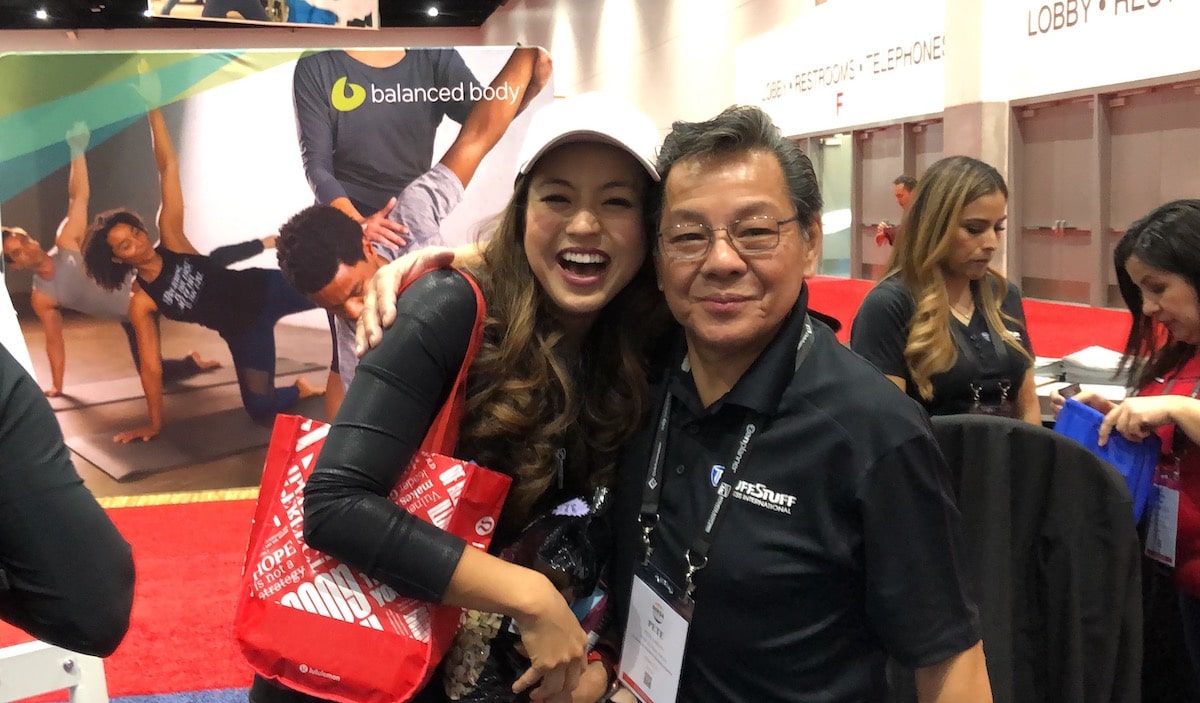 This is the first post in a new series of "Pete’s Perspective," highlighting a company, person or product in the TuffStuff Fitness International World. In my frequent travels around the globe over the years, I have visited some very interesting and historical 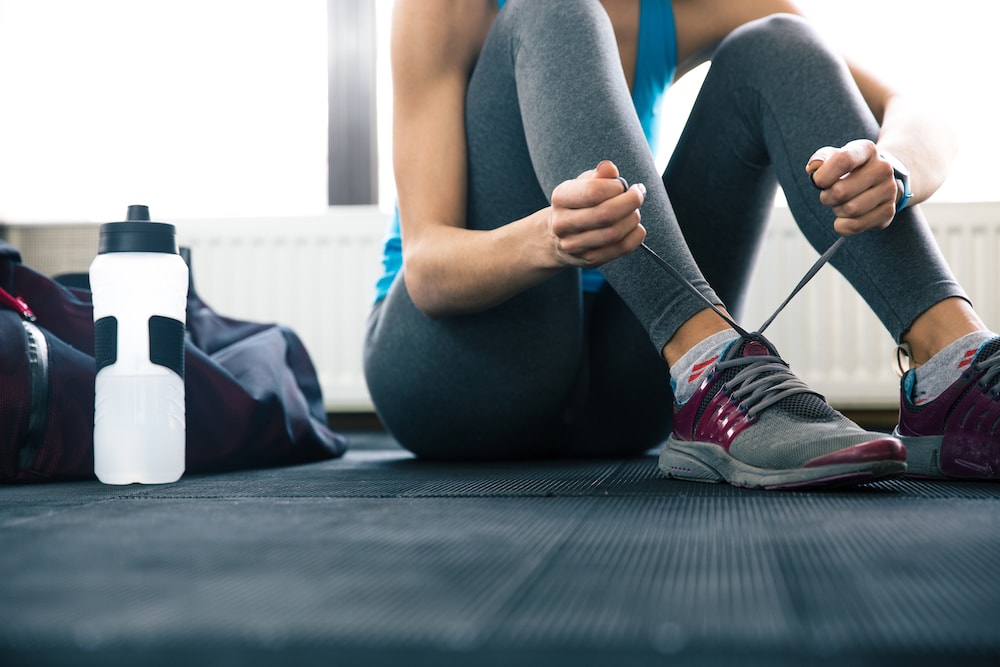 Assuming you have limited time and want to get a full body workout, should you perform cardio or strength training first?  It's a simple question, with no clear answer.Experts are split on the issue.  Many reject the idea entirely, and 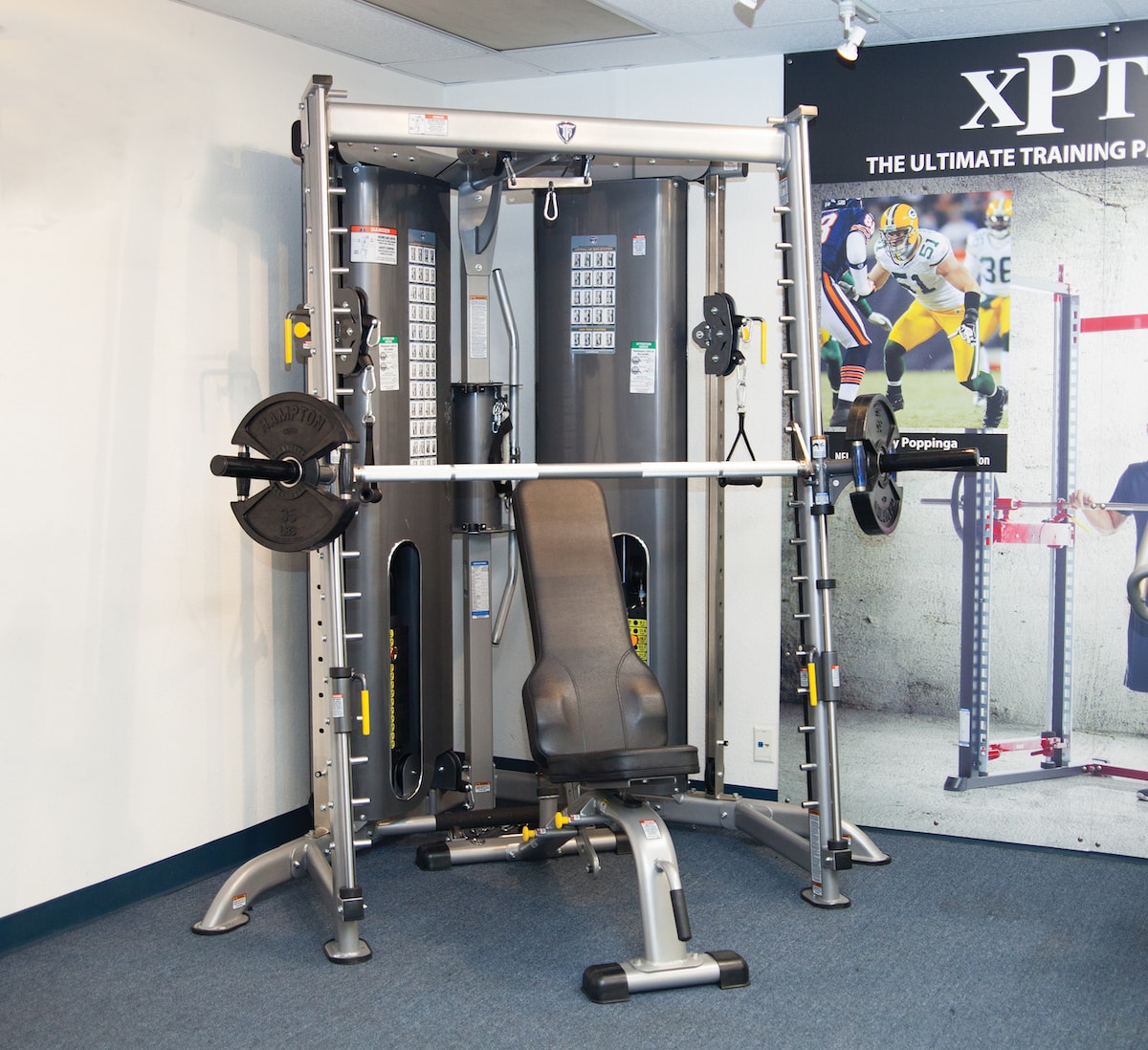 The benefits of strength training are well known, but finding time to exercise is another story altogether.  Having your own home gym saves time, making it easier to work out.  Now, all you need to do is find the best 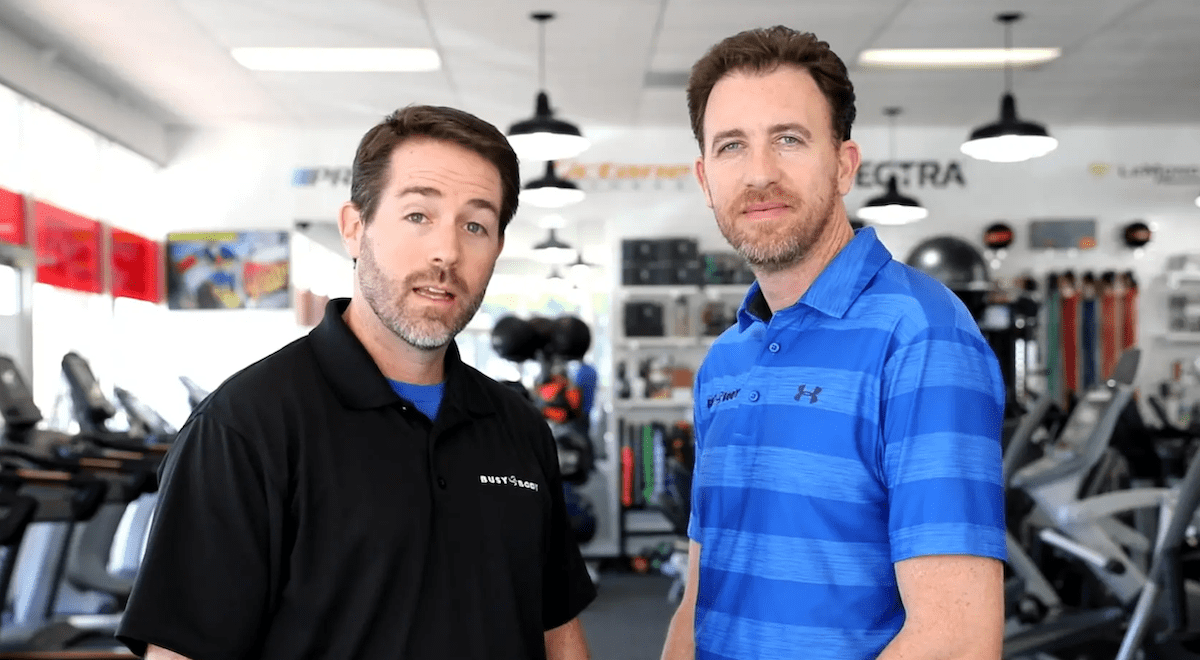 Remaining in business for a half-century is rare, and doing so in the fitness industry is almost unheard of.  Yet since 1971, TuffStuff Fitness International has remained a leader in strength equipment design and manufacturing.Today TuffStuff strength equipment is available 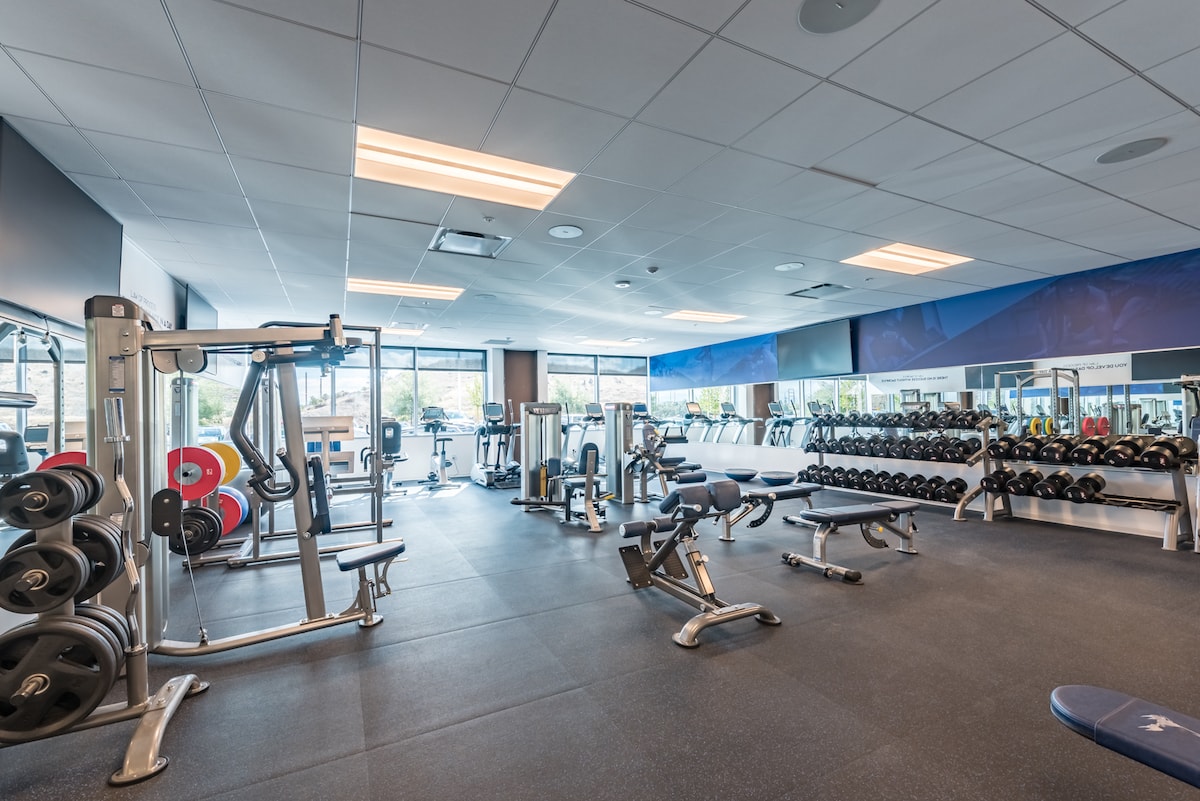 Valencia-based internet marketing firm Scorpion had its status as one of the fastest-growing tech companies in North America reaffirmed, ranking 273rd on Deloitte Consulting’s Fast 500 list.Scorpion’s Fast 500 rank is no fluke, the company is also on Inc. Magazine’s Inc. 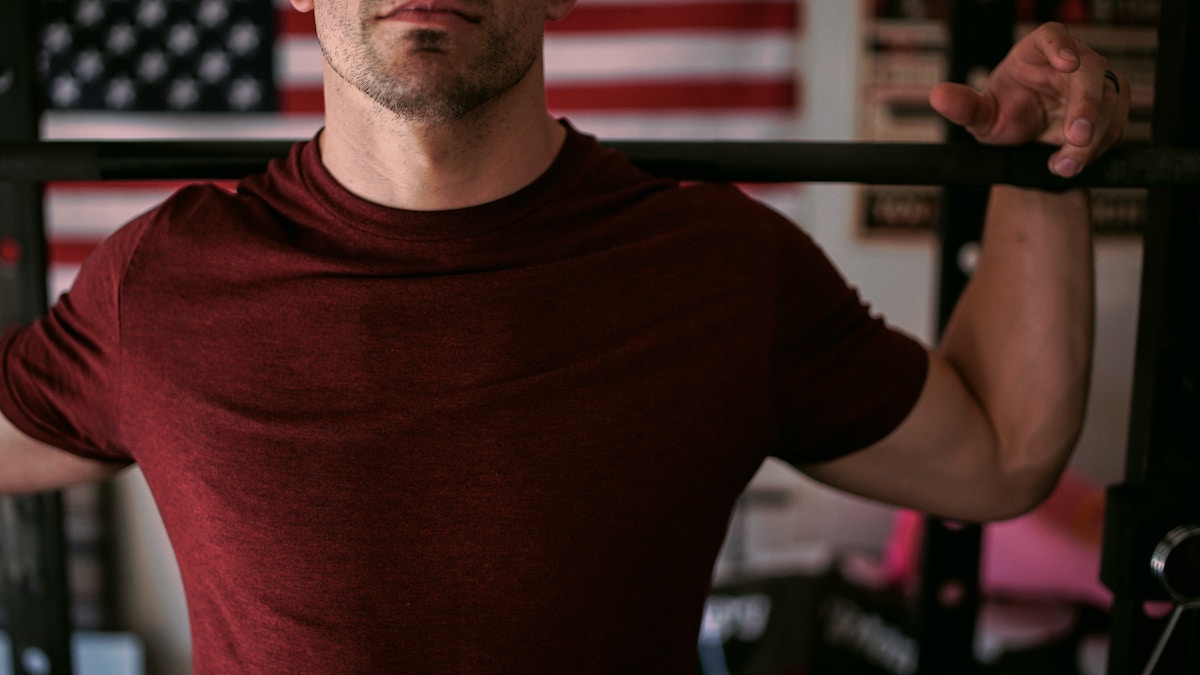 If you want to lose weight, you're cutting your weight loss potential by not lifting weights.Cardio wears the crown when it comes to shedding pounds.  Just take a look at the size and physiques of runners and aerobics instructors.Studies back

Cammie Grider, Chief Executive Officer, took full responsibility managing the company’s daily operations, resources and strategic direction after her husband [TuffStuff’s founder] Sherman Grider passed in 2016.  An educated woman and owner of her own business, Cammie lends her expertise to TuffStuff’s marketing and financial directions as well as new product developments and design improvements.  TuffStuff’s continued success in the fitness industry is credited to her willingness to meet customers’ specific needs and her one-on-one personal relationship TuffStuff’s loyal customers.

Immediately after taking the helm, Cammie reinforced TuffStuff’s commitment to family and put in place numerous events and initiatives to create an open culture (a trademark largely attributable to Sherman Grider, founder).  Personal birthday cards, holiday raffles and decorations, quarterly luncheons, and TuffStuff apparel for all employees are a few of the steps she has taken to build a dedicated team.  As part of her objectives, she has an open-door policy to invite all employees to talk to her regardless of subject matter.

Cammie continues her husband’s legacy of designing and developing the highest quality strength equipment in America.  While many fitness companies have taken their manufacturing overseas and are unable to produce the products they sell, TuffStuff has maintained a full-service manufacturing facility in California for the last 49 years.  Cammie has promised to keep “MADE IN AMERICA” alive as long as she is the CEO of TuffStuff.  The mission is clear, build more of the highest quality strength equipment in the USA at our headquarters in Chino, California!

Donny Penado, our Chief Operating Officer, has close to three decades of experience in the fitness industry.  Having held nearly every position available at TuffStuff, Mr. Penado is intimately familiar with the company’s operations and personnel.

In 1988, Mr. Penado started his career as the company truck driver making local pickups for misc. parts, and cleaning the facility.  Early on, Mr. Penado’s tireless work ethic caught the attention of the company’s CEO, Sherman Grider, and he was promoted to Traffic Manager.  Then he left CalGym to be a part of Sherman’s new venture, Task Industries Inc., in 1989.

Under Sherman Grider’s mentorship, Mr. Penado learned to pick up on intricate production details and subsequently rose to be Plant Manager in 1993.  By making himself accessible and striving to understand and learn from fellow employees, Mr. Penado gained insight into each aspect of the company’s manufacturing process.  In 2006, Mr. Penado took over responsibility for all of TuffStuff’s daily operations as General Manager.  Today, as the C.O.O. he continues to emphasize TuffStuff’s core values and align the team to develop the highest quality strength equipment while providing exceptional customer service.

Kenneth “Kenny” Carter, our Head of Research and Development, has close to four decades of experience in the fitness industry.  In partnership with Sherman Grider, Kenny helped to pioneer the design and engineering systems behind numerous strength equipment innovations and patents, and is responsible for many of the fitness industry’s current standards for strength equipment quality, form, and function.

In 1983, Kenny Carter started his career with California Gym Equipment Company cutting, drilling, welding, and polishing strength equipment.  Kenny’s innate understanding of engineering blended well with the visions of the company’s CEO, Sherman Grider.  Together they worked through numerous prototypes and designs to make strength equipment more dynamic, user-friendly, appealing and effective.  By the end of that year, California Gym Equipment become the first company to introduce the Pec Dec attachment on a home gym.

Over the next 30+ years, Kenny Carter lead the engineering behind many of TuffStuff’s iconic products and features.  Including the development of new home gym attachment stations and capabilities, intricate cable and pulley systems, adjustable cams with pull-pins, multi-stack and modular equipment series, variable weight resistance machines, and space-efficient equipment designs (including corner units with small footprints)

Today, Kenny continues to innovate and enhance the form and function of TuffStuff’s products.  His latest engineering contribution includes following through with Sherman Grider’s final vision, to create the very first resistance machines to incorporate multi-planar linear arc movement.  Three years in the making, the end result is TuffStuff’s patented Bio-Arc Strength Series, which keeps the user’s entire body moving along a linear arc trajectory with each machine to optimize muscle recruitment.

Jesus Ponce, our Plant Manager and Chief Purchasing Officer, has over 34 years of experience in the Fitness Industry.  Since joining the California Gym Equipment Company in 1984 as a polisher and janitor, Mr. Ponce has held numerous positions in machining, equipment assembly, logistics, material purchasing, and production management.

After proving his value as an equipment polisher, Mr. Ponce was promoted to the CalGym machine shop, then again to the assembly department.  In 1987, Mr. Ponce was promoted to Assembly Foreman, responsible for directing and troubleshooting common assembly issues.  Mr. Ponce’s colleagues quickly recognized his ability to solve problems, and by 1993 he was assigned a team of 18 employees to focus exclusively on commercial product manufacturing.

In 2003, Mr. Ponce rose to be Plant Manager and Chief Purchasing Officer, overseeing TuffStuff’s entire manufacturing process.  For the past 15 years Mr. Ponce has been responsible for purchasing raw materials, managing lead times, overseeing freight and shipping, supervising manufacturing and assembly teams, and maintaining TuffStuff’s inventory.  Under his leadership, TuffStuff has remained one of the largest full-service fitness manufacturers in America, crafting the world’s finest fitness equipment with remarkable turn-around times.

Pete Asistin, our Vice President of Global Sales, has over 46 years of experience in the fitness industry.  Having established two fitness companies, and served in numerous roles at CalGym and TuffStuff Fitness International over a 33-year period, Pete has played an integral role in the company’s growth in both consumer and commercial markets.

In 1972 Pete started his career in the fitness industry as Financial Controller for Marcy Gym Equipment Company in Glendale, CA.  It didn’t take long for Pete’s personable character to become recognized, and management persuaded him to switch from a “bean counter” to sales, and he’s never looked back.  In 1979, Pete Asistin used his industry knowledge and relationships to set up one of the first specialty fitness stores, Califitness Products Network, in Los Angeles, CA.  At the time there were only a handful of these specialty fitness retail stores in the Los Angeles/Orange County area.  Using his store as a base of operations, Pete also conducted outside commercial, as well as retail sales, to widen his market reach.

In 1982, Sherman Grider, the President & CEO of California Gym Equipment Company (“CalGym”), hired Pete Asistin shortly after purchasing CalGym from his parents who founded the company.  During this time CalGym was about to unleash its secret weapon, the MASTERLINE 500, the first free-standing home gym, and Pete’s responsibility was to help market and distribute the new product. By the mid-1980’s, the company established itself as a pioneer and the premier manufacturer of home gyms.  Not too long afterwards, Sherman Grider then sold CalGym to a Texas company.

Then in 1993, in a consultant capacity, Pete reunited with Sherman Grider, who had since created a new line of non-selectorized strength equipment, benches and power racks, called Tuff Stuff, under the Task Industries Inc. banner.  Around the same time, Sherman Grider was offered the opportunity to buy back CalGym, which he did, and Pete assisted in the transition.  Sherman coaxed Pete to join the new entity, Task Industries, as the Western Regional Sales Manager, and thus started his second career with the company.

Today, TuffStuff has dealers and distributors located across Asia, North America, South America, The Middle East, and Europe, with international sales accounting for more than 30 percent of the company’s business, and still growing.